Today we are pleased to welcome a friend of Tuesday Serial to the blog:  Alison Wells (self-publishing as A.B. Wells).  She is in the midst of launching her novel “Housewife with a Half-Life” and came to the realization late in the process that it would have been advantageous to writing her novel as a serial instead of as a traditional format.  She’s looking for input to help her incorporate these realizations into writing the sequel, so take a look and please comment.  Welcome, Alison!

1: Serial writing would have helped me produce a complete project sooner.

I wrote much of Housewife with a Half-Life during the 50,000 word novel writing month NaNoWriMo,  so producing a large quantity of work wasn’t a problem. However, because the focus was the word-count, I wrote the book in a piecemeal fashion and, in the traditional novel writing mode of ‘rough first draft’, revise, revise, copy-edit, I spent a lot of time later reworking. As a busy mother of four with many projects underway, I need to discipline myself to use the short amount of time I have daily in an effective manner. I’m at a stage in life where I want to produce finished quality material as soon as possible. I’m seeing now how serial writing might better achieve that than the traditional model.

As it turned out Housewife with a Half-Life is episodic. It takes the form of a quest where Housewife Susan Strong and her spaceman companion Fairly Dave follow a series of adventures building up to the grand resolution and then to a cliff hanger chapter that set up the sequel. Having read more about how serial fiction works, I can see how the process of writing serial fiction could have heightened the tension in my episodes by making me sharpen the transitions.

2: With serial writing, I could have avoided my tendency to use mushrooms (or lack of linear discipline).

During NaNoWriMo I tapped directly into the process of incubation; following the threads of ideas, jumping from scene to scene, and thus luxuriating in the hot-tub of my subconscious but without focusing on the trajectory. I worked on what I called mushrooms, allowing scenes to coalesce. This helped me get words on the page to build up to the word-count, but this is being a pantser at its most chaotic. It seems to me that the serial writer is the best kind of pantser, remaining open to surprise and innovation but moulding the mind into a linear storytelling discipline, the kind of discipline that is often required as a mother making up stories for young children. I love flowery language also, I’m the kind of person who can let themselves get taken over by so-called “purple prose” (Andrew Eckhart mentions this in his post as well) – ie, the kind of prose that runs off on its own journey, takes away from the clear narrative required by the reader and stops them getting at the story. If Housewife with a Half-Life had been done as a serial rather than a traditional book, these issues would have been resolved earlier in the writing process.

For several reasons I outlined in my interview with Mariam Kobras, I decided to self-publish Housewife with a Half-Life as both ebook and POD paperback (it’s also being stocked in local booksellers). I’m currently on the initial publicity drive and it strikes me that if the book had been brought out as a serial, that would have been an integral element of the book’s own publicity machine. Having first thought I was pursuing the traditional model, I was hesitant about posting material from the book.  But being involved in #fridayflash and Fictionaut, I know how peer feedback and reader engagement are crucial in enhancing work and creating visibility. I got Housewife with a Half-Life professionally edited at a structural and copy-editing level and would still go through a similar process to provide a quality self-published product.  But as a self-publisher with my biggest home being on the web, I’d like new to find ways of reaching readers and improving my work.

Many of the more successful self-publishers have several books out including short volumes that are tasters of the writer’s work and can be offered more cheaply than the grand opus. I’m interested in exploring how serial writing can feed into and enhance the self-publishing model. I wanted to self-publish because I wanted to share writing and my way of looking at the world with readers. I also want to offer readers more in terms of freebies, spin-off volumes and so on. Additionally, I want to approach writing a book using a more dynamic, multi-layered, multi-media approach. It seems to me that serial fiction could, because of its bite sized nature, be more conducive to that.

In Housewife with a Half-Life the characters, adversaries and raison d’etre of a follow up are established. I’m almost ready to embark on this follow-up entitled The Meaning of Life is Monday. I’m wondering if Tuesday Serial writers have any suggestions as to how I might proceed with working on the project as a serial and how you have become a disciplined pantser rather than a chaotic one. I’d be grateful to hear your thoughts.

A.B. Wells is the mother of four children age 11 and under. London born, Kerry raised, she has lived in Bray, Co. Wicklow for many years. As Alison Wells her more literary writing has been shortlisted in the prestigious Bridport, Fish and Hennessy Awards and she’s been published or is about to be in a wide variety of anthologies and e-zines, including the Higgs Boson Anthology by Year Zero, Metazen, Eighty Nine, Deck the Halls and National Flash Fiction Day’s Jawbreakers. She recently won the fiction category of the Big Book of Hope ebook with a flash fiction medley and has a litfic novel “The Book of Remembered Possibilities” on submission. She blogs for the popular writing website Writing.ie and on her own website Head above Water.

A Home for Serial Fiction by John Petitte of DiscoverLit 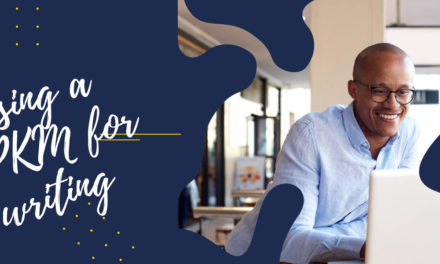