“Martians, Murderers, and Samurai: 3 Classic Works of Serial Fiction You Should Read” by Kristen Brand

This week, we have a guest post from Tuesday Serial contributor Kristen Brand. The best way to improve at something is by studying the masters and Kristen points us to three works of serial fiction, along with some critiques of each. Welcome, Kristen!

“Martians, Murderers, and Samurai: 3 Classic Works of Serial Fiction You Should Read”

What did people do before the internet? Those were dark times, but back before ebooks and web fiction (and TV), people read stories serialized in magazines and newspapers. The phrase “reading the classics” probably gives you flashbacks of your high school English class, but here are three classic works of serial fiction that are actually pretty awesome.

A Princess of Mars by Edgar Rice Burroughs

First serialized in All-Story Magazine in 1912, A Princess of Mars is about Civil War veteran John Carter and his adventures after getting accidentally transported to Mars. (If you were one of the few people who saw John Carter in theaters, this is what that movie’s based on.) He travels across the harsh desert landscape, gets into a ton of swordfights, and falls in love with the eponymous princess, Dejah Thoris.

Burroughs is a master of pacing. Even when he’s not ending chapters on a cliffhanger, his stories have a forward momentum that leaves the reader eagerly turning the page. John Carter barely has time to explore the strange world of Mars before he’s fighting giant ape monsters and getting embroiled in political intrigue. There are gladiator fights, clashing armies, and daring prison escapes, but it’s perfectly balanced with enough pathos and character moments to make you care about the stakes.

A Princess of Mars is the first book in the Barsoom series, and in my opinion, it’s the best. I’d recommend you read the sequel, The Gods of Mars, if only to see the conclusion to John Carter and Dejah Thoris’s story, but I wouldn’t say you need to read further than that. A Princess of Mars features two Martian races: the humanlike Red Martians and four-armed, 15-foot-tall Green Martians. But further books in the series introduce the Black Martians and the Yellow Martians, and that’s where things get…awkward, to say the least.

The Woman in White by Wilkie Collins

First serialized in 1859 in All the Year Round and Harper’s Weekly, The Woman in White is about drawing teacher Walter Hartright, who falls in love with orphaned heiress Laura Fairlie. But Laura is already engaged to a sketchy rich guy—and he has evil plans for her. There’s also a mysterious woman dressed in white wandering around.

I could talk about the suspense this book is packed with, or the way Collins uses characters’ journal entries, letters, and statements to tell the story through different points of views. But the best part of The Woman in White is Laura’s half-sister, Marian Halcombe.

Laura is your typical female character in Victorian fiction: fair, innocent, and delicate. Marian is described as blatantly ugly and is a total badass. Walter Hartright might technically be the main character, but Marian is the one who climbs out on a rooftop to eavesdrop on the villains’ scheming and busts her sister out of an insane asylum. I desperately want a spinoff series of her solving mysteries and taking names.

While A Princess of Mars begins with John Carter on the run from Apaches in the Wild West and then getting teleported to Mars, The Woman in White is slower to start. We’ve got Walter’s backstory to get through, then him meeting the members of the Fairlie family and settling in at his new job as Laura and Marian’s drawing teacher. Combined with the Victorian-era language, this can make it hard for modern readers to get into the book.

Fans of mystery and suspense. If you’re curious about epistolary fiction, this is a great example of it done well. There’s a cliffhanger where one of the villains annotates Marian’s journal after she’s fallen ill (having read it and discovered she knows his plans) that’s particularly chilling. Finally, if you like historical fiction set in the Victorian era, it’s definitely worth a read.

First serialized in 1935 in Asahi Shinbun, Musashi is a fictionalized account of the adventures of renowned swordsman Miyamoto Musashi. He travels across Japan challenging people to duels to improve his skill, eventually learning that the Way of the Sword isn’t about brute strength, but mastering oneself.

There’s so much awesomeness in this book, but let’s start with Musashi himself. In the beginning of the novel, he’s a brash fighter who isn’t exactly the sharpest sword in the armory. But after spending three years reading classic literature while imprisoned, he emerges from captivity a changed man. (Reading! It can change your life!) It’s a triumphant bit of character development, but Musashi isn’t done yet. He sets off on a quest to master his technique, leading to personal revelations and some epic, epic fight scenes.

You know that one show on TV? It started out with great characters and gripping conflict, but as it went on for season after season, that tight, emotional storytelling seemed to fizzle out. Sure, stuff still happened, and there were some great parts mixed in with the pointless filler, but mostly, it was spinning its wheels without going anywhere.

That’s the middle of Musashi. The novel is divided into seven smaller “books,” and like Burroughs’ Barsoom series, I’d only recommend reading the first couple.

Anyone who likes the action/adventure genre. Fans of historical fiction who are sick of the Victorian era and other European settings. And if you like samurai movies or anime like Rurouni Kenshin, go grab this book immediately.

Kristen Brand has a Kindle packed full of old novels and serial fiction. She writes the superhero webserial Fight Crime! (A Love Story), and can be found at kristenbrand.com or on Twitter as @brandkristen.

JukePop: Expanding the Reach of Indie Authors through a Library Near You 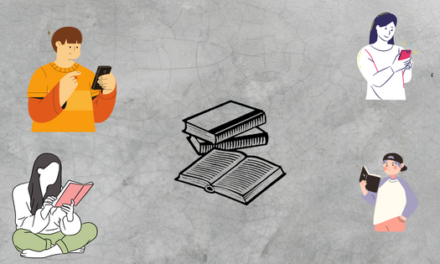 What Podcasting Can Do For Your Web Serial by Brand Gamblin