“How to Rock Wattpad for Your Serial Fiction” by SgL

Your friendly Tuesday Serial team sent out the call and SgL answered. We knew that writers were using Wattpad with great success to reach new readers. Then we discovered that many of those writers were putting their web serials on Wattpad. So of course we had to get the scoop to our Tuesday Serial contributors STAT! (does everybody know that’s doctor talk for “really super quick? okay, moving on…) SgL has used Wattpad and she’s here today to share all the info so you can consider whether it might be a good place for your serial.  Take it away, SgL!

“How to Rock Wattpad for Your Serial” by SgL

When I re-entered the online fiction world a few years ago, I made a decision to host my serial novel, “Tales of the Big Bad Wolf,” on my own website.  However, with no built in audience, I sought various platforms to publish sample text with a link that would hopefully drive traffic to the primary content website.

A fellow author brought Wattpad to my attention.  Wattpad is a free  platform that allows people to read both through the web and through smartphone applications, features a timely notification/alert system as to updated stories, and houses a robust community of readers and writers.  More importantly, Wattpad features an easy updating system for posting your work and does not seek any ownership of the work itself.

Wattpad’s success appears to be due to its large userbase.  Statistics displayed on stories reveal that the most popular entries have anywhere from a hundred thousand to a million unique readers.

This is not to say that success is universal.  Many serial writers I’ve spoken to have said that their Wattpad experiences have been underwhelming.  Viewing “hot” stories through Wattpad’s interface suggests that the most popular stories are romance, fantasy, and teen drama.  This suggests that Wattpad’s majority demographic is much like the characters featured in its most popular stories – young and female.

If I were to judge my own experience on Wattpad, I believe Wattpad itself has already succeeded in connecting my story to new readers. While the fantasy genre is quite crowded and a difficult place for authors to stand out,  Wattpad staff provided an unsolicited boost to my readership by mentioning the story on their facebook page. That initial link brought several dozen new readers to the story. The growth of regular readers has been steady with each uploaded chapter.  Based on the statistics I see (updated in real time), I would estimate I have a small but loyal batch of 100 readers who consistently follow my weekly updates.

Compared to the million reader stories, an estimate like this is modest.  However, the engagement of these “100”  has been nothing short of remarkable.  While my website has many more readers, the Wattpad readers appear to be far more responsive to updates than their website counterparts. For months I’ve been examining statistics the morning after each chapter update, and 60% of the Wattpad group has read the new installment within hours of posting the installment.  In contrast, the website group will take 1-2 weeks to engage with the latest post.  Because of this enthusiasm on part of Wattpad readers, I had to adjust.  Posting to Wattpad could no longer be an afterthought, but a priority in my audience-growing and audience-retention strategy.

While there is inevitably a downside for many others on Wattpad who can’t connect with the audience, there is an upside or end game.   Authors who complete their serial have an additional shot at boosting their audience.   Wattpad offers yearly contests (The Watty Award) for completed works. These works are highlighted on the top part of the website throughout the voting process prior to the selection of Watty “winners.”  In addition, authors may seek to submit completed work to the “Featured” part of their website — drawing the attention of the millions of Wattpad users as part of the “Featured reads” program.  .

The benefits of this additional attention can be quite remarkable. The author friend who introduced me to Wattpad was approached this summer about featuring her completed fantasy novel on Wattpad. In the four weeks since she started in the program, she amassed 10000 reads of her first installment, with 30-40% of that initial group of readers completing her novel.

For those who are looking for an audience, experiences like hers are hard to ignore.  While there are never any guarantees with any community one joins, there are many potential benefits with Wattpad.    Wattpad shows great potential as a platform for reader engagement and should be on any serial writer’s list of publication sites to explore.

For further information about Wattpad, check out “About Wattpad (Facts and Figures)” and “How to Format for Wattpad“.

SgL is a an artist-writer currently working on the serial “Tales of the Big Bad Wolf.”  When she’s not writing, she’s drawing or obsessing over pop-culture and animation.  For more information on SgL and her millions of projects, please visit http://red–bird.org. You can also (of course) find her stories on Wattpad. 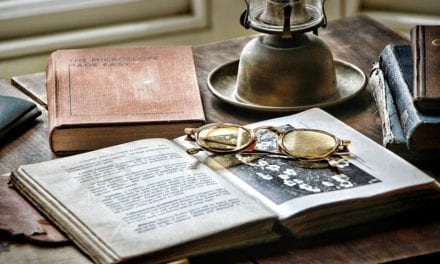