“Tips for Dividing Your Novel for Serialisation” by Roz Morris

Our guest post this week comes from Roz Morris, best-selling ghostwriter.  She recently published her first novel under her own name and she decided to take a unique approach of particular interest to us here at Tuesday Serial.

Tips for Dividing Your Novel for Serialisation by Roz Morris

I don’t suppose I’m approaching serialisation in the same way as most of the writers here. I’m not a pantser. All my books have been planned from first words to last sigh. I take my hat off to folks who can start a story, keep focus, keep juggling the balls and bare the results, never able to take back what they’ve already published. Ideas work on my brain like catnip. If I couldn’t go back and edit, my novels would be crazed ravings.

But when I had a full novel ready to publish (after eight bestsellers ghosted for other authors), I wanted to do something a little different and eye catching. Remember the days when newly released novels were serialised in the arts pages of the Sunday papers? To an extent, TV shows have replaced this, but who doesn’t love being strung along by a great tale? To be eager for the next episode, and to spend the intervening week making unlikely new friends who also want to know whether A will give B what he deserves? I decided that with the Kindle, the time was ripe to serialise long-form fiction again. When I launched my novel back in September 2011 I put it out in weekly installments.

The novel, My Memories of a Future Life, is an eerie twist on reincarnation stories, where a trauma in a past life causes trouble in this one. The narrator visits a future life to seek answers for a crisis now. She’s a concert pianist with a career-threatening injury who gets involved with fringe healers offering miracle cures. While she tries to make sense of what she’s seeing in her possible future, her current life becomes all the more mysterious and tangled. I call it a literary suspense story – plenty of plot twists and psychological depth, with a resonant overlay of powerful themes and thought-provoking questions. Although it’s literary, it’s got a tense, pacy story – so it would survive being served in pieces.

I had to decide now many parts to split it into. It’s 100,000 words – a lot of material. If I’d been publishing on a blog, obviously I could have fed it out for an entire year. On the Kindle, there’s a bottom-level price of 0.99c, so I considered other offerings in the market. What length would make a tempting read for the money?

I figured it probably couldn’t be any shorter than novella length, although that’s fairly loose at anything from 10k to 25k. What suited the text best? Each part needed to end on an emotional cliffhanger to pull readers back a week later. So I looked at the story’s natural divisions – the plot points. My novel fell neatly into four episodes, almost perfectly illustrating the three-act structure with a significant mid-point, which allowed for the division between episodes 2 and 3.

Episodes seemed a good way to describe them. A nod to the partwork storytelling that’s still thriving in TV.

Having identified how I’d split the book, I had to get it super-fit for the format. Although I’d edited until the story was tight and persuasive, I did another pass on the episode endings, buffing them to be as beguiling as possible.

I also paid special attention to the episode beginnings. On the Kindle, each of them would be downloadable as samples. Although I like my chapter openings to intrigue and tease, the episode openers needed maximum pull. I reordered a few scenes from my original edit so that they tantalised as much as possible.

Did this spoil the novel? Not at all. It can never be bad to focus on keeping the reader hooked, and I felt energised by the new demands of my format. I never felt I was pushing my novel into a mould it couldn’t tolerate. It forced me to make those plot turning points that bit more compelling. The serialised editions and the complete novel are identical – everything I did I was happy to keep in the full-length version.

At the end of August, I unleashed it on Amazon. Each week I’d see more people joining the ride. I’d get emails and DMs saying ‘you can’t leave me there!’ – especially at the end of episode 3 when they were pleading for immediate release. Crucial to its success were my friends on social media; I couldn’t have done it without them and they helped me make such a special occasion of it. Anyway, serialising my novel was an absolute blast.

My Memories of a Future Life is now available in full, undivided form on Kindle (US and UK) and also in glorious, doormat-thumping print. The individual episodes are also available if that suits you. You can also listen to or download a free audio of the first 4 chapters here.

Roz Morris is a bestselling ghostwriter and book doctor. She blogs at www.nailyournovel.com and has a double life on Twitter; for writing advice follow her as @dirtywhitecandy, for more normal chit-chat try her on @ByRozMorris. 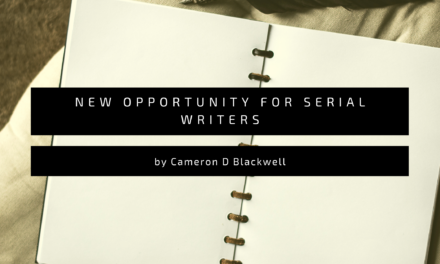 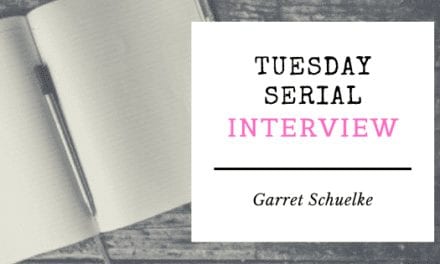