“Everything Old Is New Again” by Ruthie Knox

We are pleased to welcome writer Ruthie Knox to the Tuesday Serial site today for the final installment in our guest post series. Ruthie is writing a romance serial, Roman Holiday. In this post, she explores serial fiction from the writer’s and reader’s perspective. This post was originally published on “RT Book Reviews” and is published here with permission. You can view previous posts in our guest post series here. Welcome, Ruthie!

As soon as I signed on to write a serial romance novel, people started telling me how much they hate them. “I don’t want to read things in pieces,” I heard. “I read fast, and want to know what happens now.”

I was surprised by these reactions at first, but then I realized that most of my feelings about serials had to do with the challenges the format presents to writers. I wasn’t thinking as a reader.

Since that time, I’ve completed the writing of a ten-part serialization, Roman Holiday. I also released a finished novel, Truly, as a free serial on the website Wattpad. These experiences gave me an opportunity to think more deeply about the serialized novel from both perspectives.

Here’s what I found.

Household Words encouraged the idea that its stories would be read aloud each week to a cheerful family group, perhaps gathered in the parlor, the baby gumming her teether on the Turkey carpet while the older children shouted encouragement to the characters and learned Improving Lessons. To read fiction in this tradition was to engage with story and, simultaneously, to engage with others. Serial stories were meant to be shared, speculated about, and anticipated.

Fast-forward to the present, and the most successful modern venue for serialized storytelling is television. Acclaimed TV is TV that makes audiences curious. Beloved series encourage speculation in the gaps between episodes. Joss Whedon fans know what I’m talking about, as does anyone who watched The Lizzie Bennet Diaries —a popular web series adapted from Pride and Prejudice and delivered in a series of vlogs.

But TV isn’t the only popular form of serialized narrative. Free fiction, too, thrives in a serial format. An author who writes fanfic and posts her chapters as she completes them invites readers to jump in at numerous points along the way. The best works pull in so many readers that comment threads devolve into a cacophony of begging: UPDATE PLS! MOAR STORY!

The social media site Wattpad capitalizes on this desire of some readers to engage with stories as they are created. Wattpad users employ the comment field to critique and speculate to their heart’s content. They can “like” particularly good chapters, post their views to the author’s message board, and even send private messages directly to the writer.

These examples suggest that at least some readers hunger for narrative delivered serially and experienced socially. We want to sit on the Turkey rug and listen to an installment every week. We crave these kinds of narratives, if not for Improving Life Lessons, then for a chance to engage with characters as part of our own lives — and to engage with one another as we discuss the virtual people we’ve become so invested in.

From this perspective, when a romance reader tells me she doesn’t like serialized fiction, part of what she’s saying is that she values romance for delivering a particular sort of reading experience: compressed in space and time, solitary and emotionally intense. To a reader who wants this, the serialized romance seems a disruptive and undesirable innovation. Why, after all, would this reader want to nibble at a story when she can just consume one?

But serial fiction has its own built-in payoffs — payoffs we’re more familiar with from TV than from fiction. It insists that we take time to speculate, and it encourages us to speculate together. What will he do next? we ask each other. Did you notice that she hasn’t told us what happened to so-and-so yet?

I can’t wait for Monday, we say to our friends. This is going to be so great.

For the individual reader, a well-written serial can invite a more expansive understanding of character and theme, and it can foster the experience of anticipation as a slowly unfurling joy. This is the pleasure of a serialized story — a pleasure embedded in the format itself. It is neither better nor worse than the compressed, solitary pleasure of traditional romance reading. It is only different.

USA Today bestselling author Ruthie Knox writes contemporary romance that’s sexy, witty, and angsty—sometimes all three at once. After training to be a British historian, she became an academic editor instead. Then she got really deeply into knitting, as one does, followed by motherhood and romance novel writing. Ruthie moonlights as a mother, Tweets incessantly, and bakes a mean focaccia. She’d love to hear from you, so visit her website and drop her a line. Also check out her serial story “Roman Holiday” on her website and on the Random House website.

Open Forum: Where do You Serial? 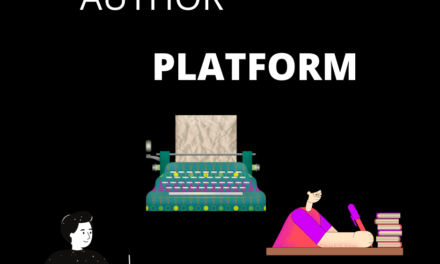 Is An Author Platform Important for Those Who Write Serial Fiction?